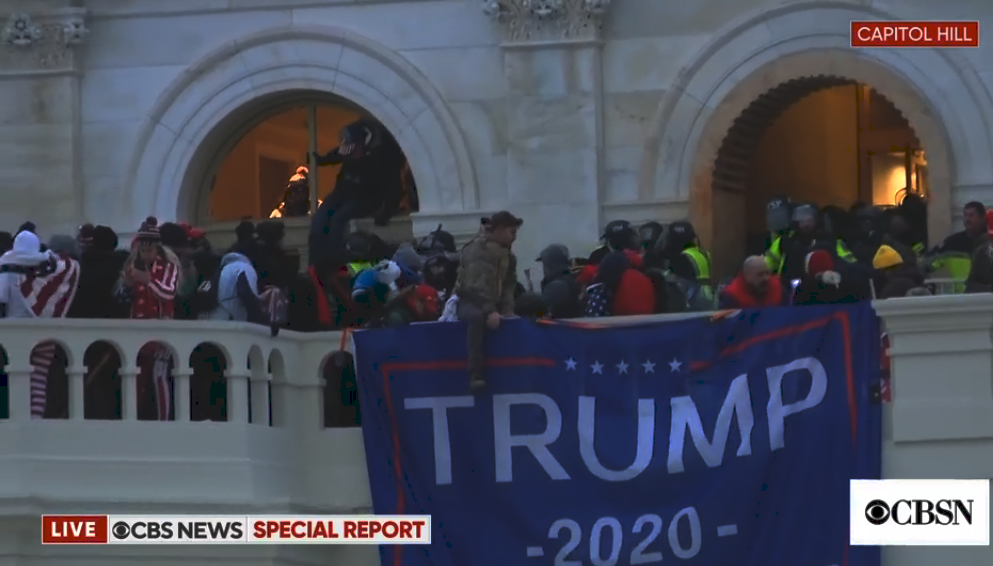 Trump Watchdogs warned in 2016 that Donald Trump has autocratic tendencies. Now at the start of 2021, Trump is denying that he lost the 2020 presidential election. Reportedly he might even try to stay in the White House past his voter-decreed move-out date. Below are related links and Trump Watchdogs’ live notes of the deadly January 6, 2020 riot incited by Trump at the US Capitol.

1. Trump Considered Using the Military for a Coup – On December 19, 2020 The New York Times reported on Trump’s December 18 meeting with lawyers and Michael Flynn, his former national security adviser. Trump asked the group about Flynn’s idea of deploying the military to “rerun” the presidential election.

3. Lawmaker Tried to Change Vice Presidential Powers to Favor Trump – US House member Louis Gohnert recently filed a lawsuit with the hopes of changing Mike Pence’s role. If Gohnert had his way, the VP would get the “exclusive authority and sole discretion in determining which electoral votes to count for a given State.” As reported by NBC News, judges rejected the suit on December 27, 2020.

4. Trump Pressured Georgia Secretary of State to Change Election Outcome – During a recorded phone call on January 2, 2020, President Trump pressured Secretary of State Brad Raffensperger to “find votes” in his favor and swing Georgia’s electoral points his way. You can read the full transcript at The Washington Post website. Hear the hour-long audio in this YouTube video from NBC:

Most important, Trump urged the crowd to storm the Capitol: “We’re going to the Capitol, and we’re going to try to give… our Republicans, the weak ones… the kind of pride and boldness that they need to take back our country.”

As Trump Watchdogs write this article during Biden’s confirmation, the US Capitol is under lockdown because of disruptive Trump supporters scuffling with Capitol police outside. Here are live notes:

By early afternoon the day after Trump’s riot, Nancy Pelosi and Chuck Schumer are calling for Mike Pence to invoke the 25th Amendment. Meanwhile Elaine Chao has resigned from her Cabinet position, thereby excusing herself from weighing in on revoking Trump’s position. (Former Transportation Secretary Chao is married to Mitch McConnell. Read about her cocaine scandal!)

And in popular entertainment: Today comedian Seth Meyers took a break from joking to call for Trump’s removal. This video gives a thoughtful overview with details of the January 6 insurrection: