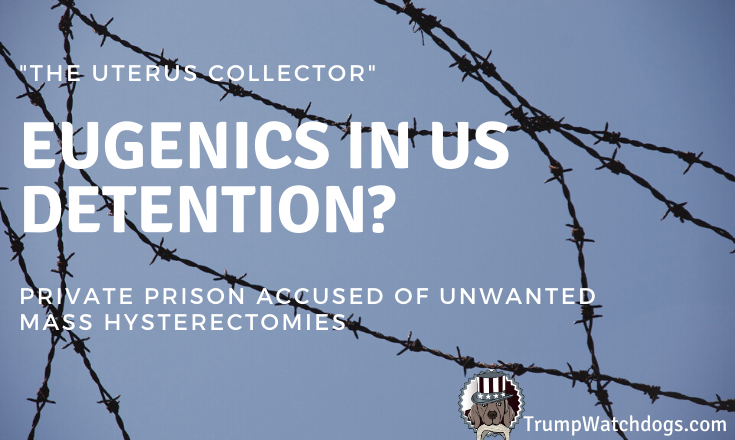 On September 14, 2020, several legal advocacy groups filed a whistleblower complaint with the Department of Homeland Security on behalf of Dawn Wooten, a nurse who’d been working at a Georgia detention center for Immigration and Customs Enforcement (ICE). Among the complaints: Hysterectomies were being performed on detained women at an exorbitant rate.

A hysterectomy is removal (partial or full) of the uterus.

Wooten and other women told Project South that hysterectomies were performed on women who were confused about why they were done… feeling as if they were involved in experiments. A detainee likened the situation to that of an experimental concentration camp.

Thus far 17 women are named as victims. The following tweet references the webpage of US House Rep Pramila Jayapal:

Who Is This Doctor?

Reportedly every woman at ICDC (Irwin County Detention Center) saw the same gynecologist, and he recommended a hysterectomy for just about every patient from the center. Sometimes consent was received with text from Google Translations. Apparently one woman was told that her hysterectomy was being given to ease her heavy period. She did not have a heavy period.

History Repeats When We Allow It

Are Trump Watchdogs surprised that the Trump Administration is credibly accused of mass sterilizations of immigrant women? No. The same inhumane move was taken by the Nazis, and we know how Trump is drawn to the Hitlerian leadership style. (“It’s funny, the relationships I have, the tougher and meaner they are, the better I get along with them,” he told Bob Woodward.) And the same crimes were common in the US not so long ago.

Many more violations are alleged in the ICE private detention center complaint. For example, women report that food is contaminated and that beds are just 3′ apart despite COVID regulations.

As a voter, you can focus on preventing for-profit prison companies from operating in your state! California passed such a law in 2019.

Trump needs to go. If you don’t care about immigrants, care about yourself; The authoritarian Trump virus can take down anyone…

Read the full text of the ICE private prison complaint at scribd.com.