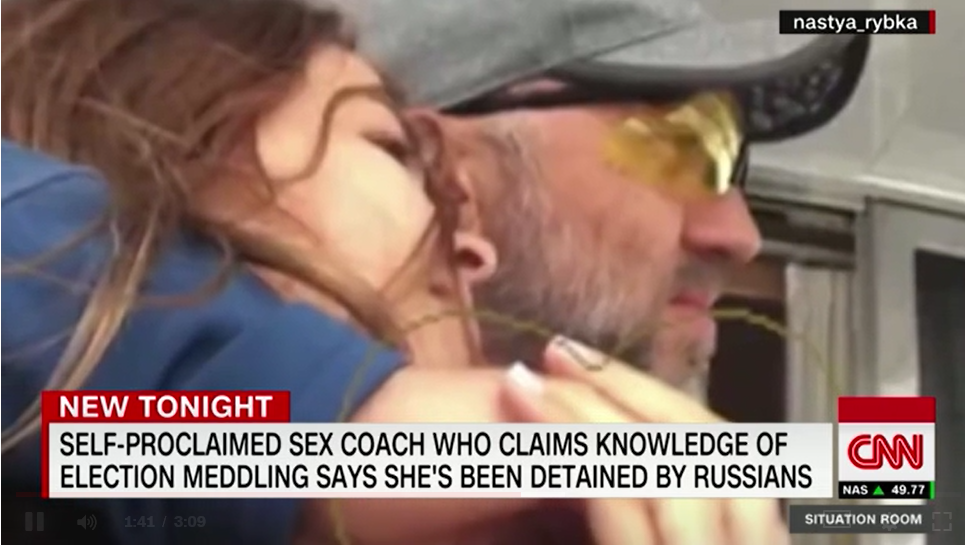 CNN reported on Thursday that the Russian government has detained Anastasia Vashukevich, who claims to have inside knowledge of Moscow’s meddling in the US election. Vashukevich had just been released from a Thai prison, where she was held on prostitution charges.

Vashukevich has worked as a model and describes herself as a sex coach. She has shared photos of herself with the oligarch Oleg Deripaska, embracing on what she says is his yacht. He is the same billionaire who paid millions to Paul Manafort.

According to Vashukevich, the oligarch met with three prominent Americans regarding the election.

She told international news media last year, “I’m ready to give you all the missing puzzle pieces” but Thai officials turned journalists away.

CNN says that Russian officials will only say that Vashukevich is being detained as part of a prostitution inquiry. They did not reply to the question of whether she might die in a Russian prison.