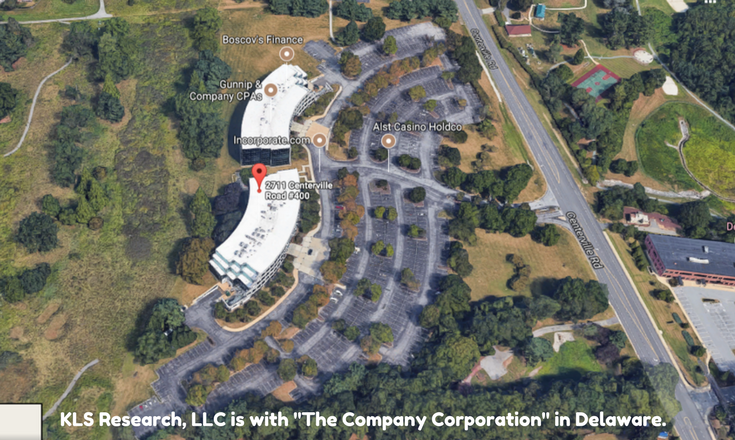 Who or what killed Peter Smith?

Peter W. Smith was the seasoned venture capitalist and Republican fundraiser who met with the Wall Street Journal in early May. He told the newspaper that on behalf of Michael Flynn (a formal Trump associate at the time), he had attempted to obtain Hillary Clinton’s deleted emails from Russian sources.

What can we learn from this story? Did Smith know too much for someone’s comfort? Trump Watchdogs followed a scent to Delaware, a state beloved by those who crave corporate secrecy. We got there via the UK.

Matt Tait: “I Was An Unnamed Source” for the Peter Smith Story

Matt Tait is the founder and CEO of a security consultancy group in the UK. After the Wall Street Journal published its story about Peter Smith, Tait posted his article “The Time I Got Recruited to Collude with the Russians.” He explains that he was an unnamed source in the original story: Smith had contacted him for help judging the legitimacy of files offered by anonymous sources. The files were purportedly samples of Hillary Clinton’s deleted emails.

Tait wrote, “I was contacted out the blue by a man named Peter Smith, who had seen my work going through these emails. Smith implied that he was a well-connected Republican political operative.”

The Smith-Tait telephone relationship started around this time last year… just a few weeks after Donald Trump had publicly called upon Russia to hack Hillary Clinton’s files: “Russia, if you’re listening,” he said, “I hope you’re able to find the 30,000 emails that are missing. I think you will probably be rewarded mightily by our press.”

Forget the “damn emails.” We’re most interested in the Delaware connection noted in Tait’s account. Smith allegedly shared information about a secret company set up to benefit Trump’s campaign.

Security consultant Matt Tait wrote the following about the cover page of a dossier he allegedly received from Peter Smith:

The document was entitled “A Demonstrative Pedagogical Summary to be Developed and Released Prior to November 8, 2016,” and dated September 7. It detailed a company Smith and his colleagues had set up as a vehicle to conduct the research: “KLS Research”, set up as a Delaware LLC “to avoid campaign reporting,” and listing four groups who were involved in one way or another.

When people compete for the US presidency, they are bound by law to disclose campaign expenditures. If a candidate were to incorporate a campaign-related company in Delaware and fail to report its existence and activity, they might be charged with federal election campaign violations.

Got dark secrets to hide when setting up a business there? No problem! No data is collected on beneficial owners, and company formation agents based in the state can act as nominee directors. It’s a cinch for a criminal to set up a shell corporation to launder illicit money, and gain access to the US banking system.

With the backing of a US corporate address to clean up their image, dodgy firms – including those run by Russian arms dealers and Serbian smugglers – can conduct their dirty tricks in peace.

In sum, here’s our hunch: Donald Trump and his associates formed an LLC in Delaware in September (see link below) with the specific aim of funding opposition research, i.e., research about Hillary Clinton. Owing to Delaware law, this company could be funded by anyone and pay anyone, and possibly escape the eye of the FEC and other authorities. Until now.

The death of Peter Smith may or may not be related to his knowledge of any illicit activity that might involve the Trump campaign.